How Does Bioretention Work?

Bioretention areas (also referred to as bioretention filters, infiltration basins, or rain gardens) are structural stormwater controls that capture and temporarily store a pre-determined water quality volume (WQv) using soils and vegetation in shallow basins or landscaped areas to remove pollutants from stormwater runoff. They typically have a maximum contributing drainage area of about 5 acres. Highly impervious drainage areas should be 2 acres or less. Rain gardens are usually limited to residential lots and smaller areas. 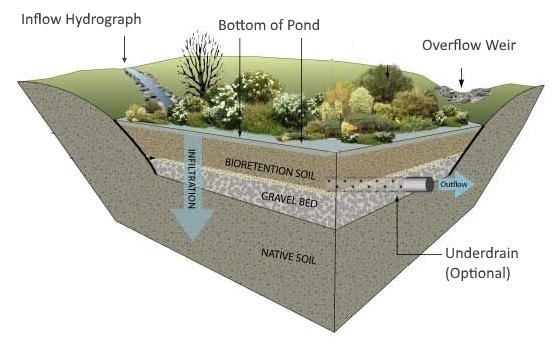 Always remember that the Infiltration (a.k.a. Exfiltration) should be viewed as any other outlet device in the pond.

Don’t Include Infiltration Soil in Storage

Here’s why. Inflow from runoff exits the pond (outside of any structural devices such as weirs, orifices, etc.) through the bottom soil layer via infiltration. The infiltration is considered a control outflow device, just like any other outflow device. The bioretention soil layers ARE the outflow device and are technically downstream. Including their voids volume violates the assumptions of the Storage Indication or Level Pool routing procedures. With or without an underdrain, the bottom of the pond as shown above should be stage zero.

If the native soil beneath the bioretention layer cannot convey water at a minimum infiltration rate (usually about 0.5 inches/hr), an underdrain should be included in your design. Underdrains re-introduce infiltrated water back into the outflow system. To account for this flow, uncheck the option, “Extract from Outflow” hydrograph as shown below. 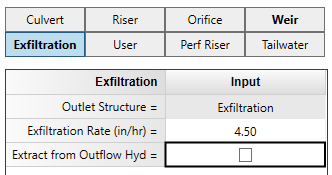 Forebays are often used to capture a first-flush or water quality volume (WQv) before the runoff hydrograph reaches the main detention pond. There are two approaches you can use in the software:

1. Remove the WQv from the inflow runoff hydrograph 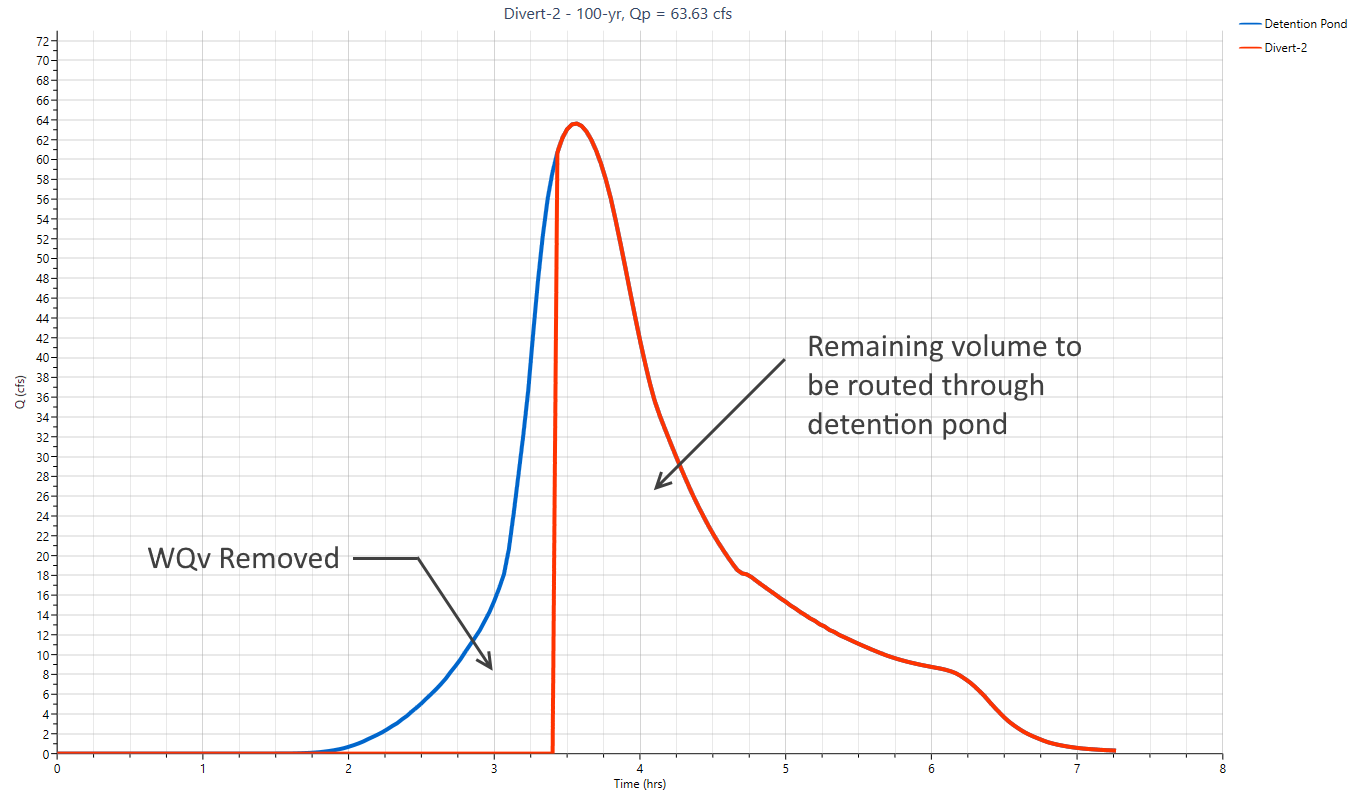 The second option includes setting up two ponds, one for the Forebay or Bioretention pond, and the second for a more permanent pool Detention Pond as shown below.

This is a multi-purpose infiltration-detention system. The Bioretention Forebay would be sized just large enough to contain the WQv and would have Exfiltration as an outflow device as well as an overflow Weir which would divert excess runoff into the lower, traditional detention pond.

Setting Up the Basin Model for Bioretention 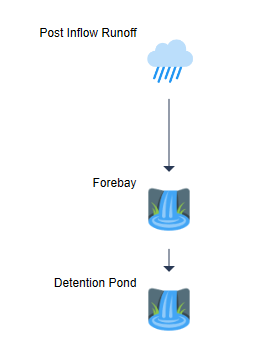 When using a Forebay be sure to “Extract” the exfiltration when setting up the Forebay pond unless an underdrain is used and daylights into the second pond. You do not want the exfiltration to be included into the “inflow” to the downstream pond.