Even though there are several ways to setup your IDF Curves in the beginning, once completed, they all take the form of an equation. Stormwater Studio uses two types of equations. Each can accept custom coefficients to match your exact IDF curves.

To enter your own coefficients, select Enter Known Equation Coefficients from the IDF Wizard opening screen. 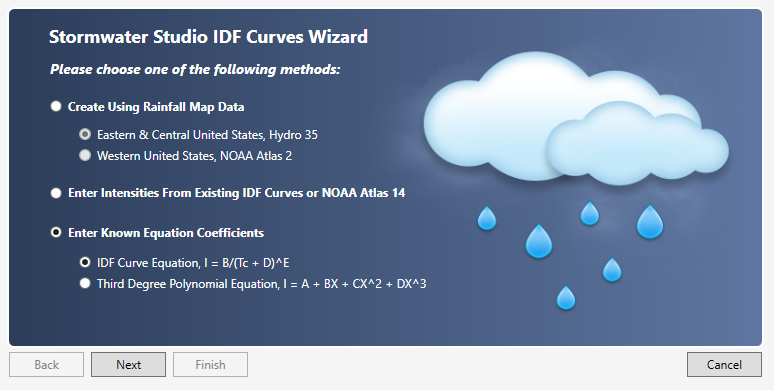 Choose one of the following equation types and click [Next].

This method takes on the form:

My Equation Doesn’t Match This

There may be occasions where you need to match an equation that differs from the IDF Curve equation shown above. One example is:

If you do not know the specific equation coefficients you can enter Tc vs. Intensity points into an Excel spreadsheet and use its charting function. There you can add a trendline and Excel will generate the equation coefficients. You must use the Logarithmic, not the Polynomial equation. In many cases the C and D coefficients will be zero.

A screen similar to the following appears. 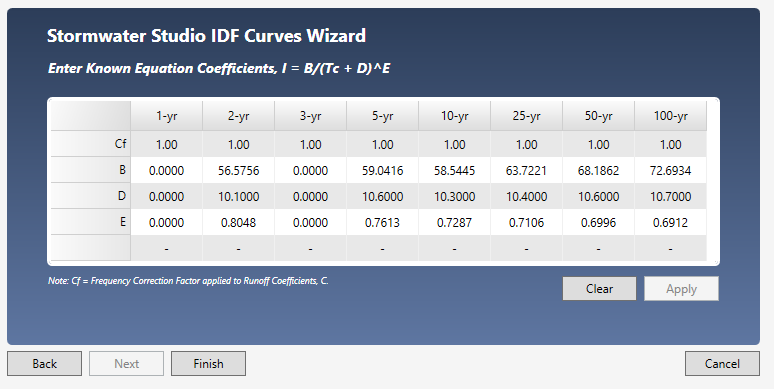 When finished, click the [Apply] button and then [Finish]. You’ll be taken back to the initial IDF Wizard screen where you’ll see your new IDF curves. 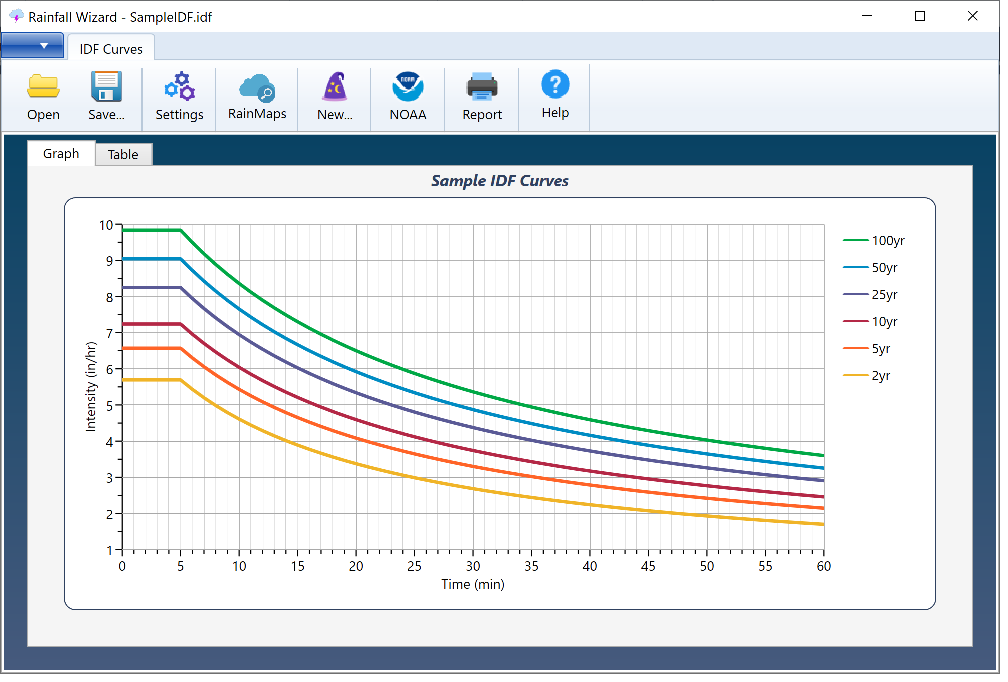 Save your curves by clicking the [Save] button and specifying a name for your file. An IDF extension will be applied. This file will automatically open each time you launch Stormwater Studio. You can, of course, change this file any time afterwards.